RELEASES NEW ALBUM “WE ARE THE ONE”

This energetic LA band offers a musical interpretation of the state of the American life
from a multicultural point of view. “This record picks up where many artists left off in the early 70s,” says guitarist Michael Sanders.
Several Upcoming So. Cal Shows!
Armed with a powerful and poignant message, new representatives of the hidden beauty and multi-dimensional spirit of LosAngeles, One Tribe
Nation releases its new album “We Are the One”, the band’s musical reflections of the good, the bad, and the immense potential of America.
In support of their upcoming album, the band is already scheduled for multiple performances and promotional interviews in the Southern California:

“We Are The One” is an album that consists of 11 tracks, including the politically charged title “The Enemy”, the
love song “Don’t Let Me Down”, “The Only One”, “We Are The One”, “San Francisco”, “Free My Pain”, “Room
To Breathe” , “Free My Pain”, “Don’t Let Me Down”, “Becky’s Song”, “Mended Heart” and the outspoken “It’s
Time”, a track whose performance on the steps of City Hall during OccupyLA inspired a video by renowned
filmmaker Leonardo Bondani, whose body of work includesMalditaVecindad, Tijuana No, Kid Frost, and El
Vuh.

Check out the video “It’s Time” (Director’s Cut) a tribute to the world-wide movement inspired by Occupy Wall
Street.
http://www.youtube.com/watch?v=6uewDvIb174&feature=related

Although the band was formerly a solo project for guitarist Sanders, this new record is true collaboration in
which band members, Sanders, (vocalist) Quetzal Guerrero,and (bassist) David Filice,and (drummer) David
Cowan contributed in a more creatively democratic process with the guidance of (producer) Chris Baseford,
who’s worked with such heavy weights as Tommy Lee, John 5, and Rob Zombie, delivers the band’s diverse
vision with a powerful driving punch that’s sure to keep listeners rocking and even dancing as they listen.

respected percussionists Chuck Prada(Sergio Mendes, Michael Jackson, Kelis) and Daniel de Los Reyes
(Jennifer Lopez, Sting). The result is an honest portrayal of America today: A mosaic of love, strength, politics
and its local repercussions, and the personal power to speak the truth and effect change starting with the
individual.
“We really wanted to make music with substance that is relevant and inspirational to the listener,” says
Quetzal Guerrero. The singer says that growing up as multicultural/multilingual American has always helped
him understand and connect with different demographics of people.
“In our new album I believe we do exactly that, through our wide range of rhythms, styles and lyrics, One Tribe
Nation attempts to find a common ground with everyone and connect with them on a musical level,” says the
vocalist.“For us, it’s not about blue, red, left or right, or any other device that’s used to keep us fighting amongst
ourselves. It’s about those who build and those who destroy, and the reality is, we all choose a side in this
battle by virtue of the decisions we make in our own lives each and every day,” says Michael Sanders, band-
leader and guitarist. 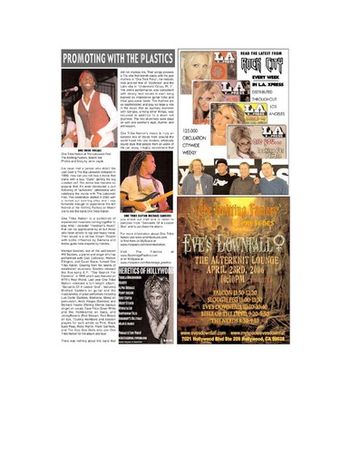 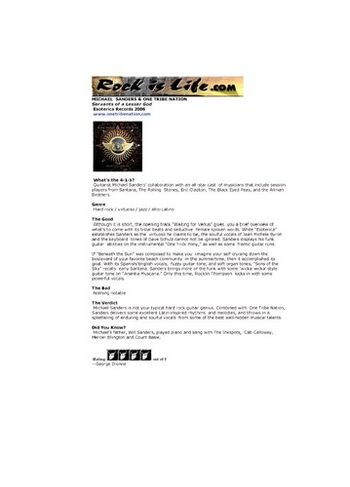 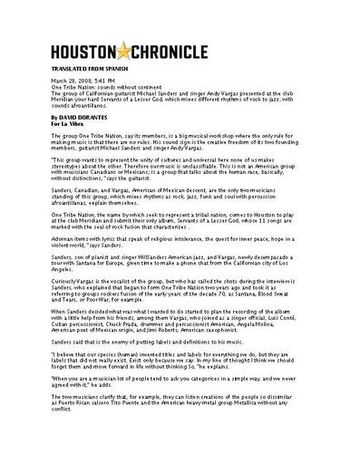 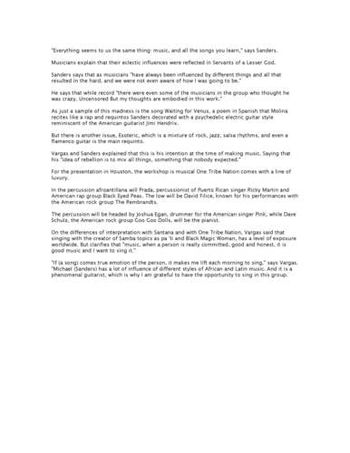 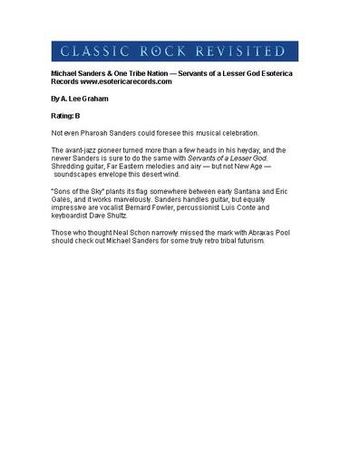 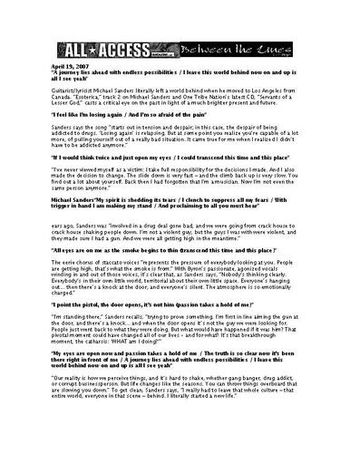 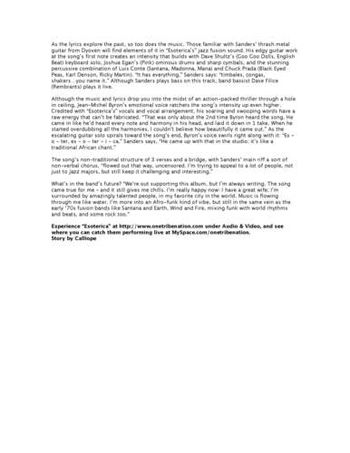 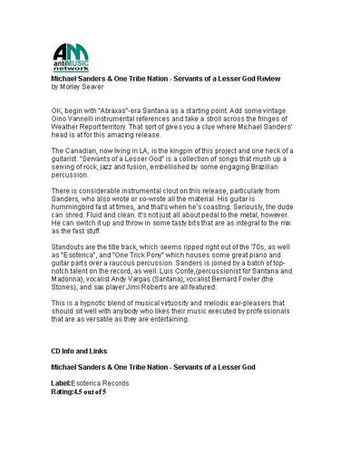 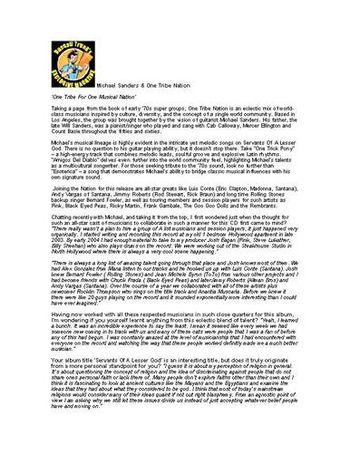 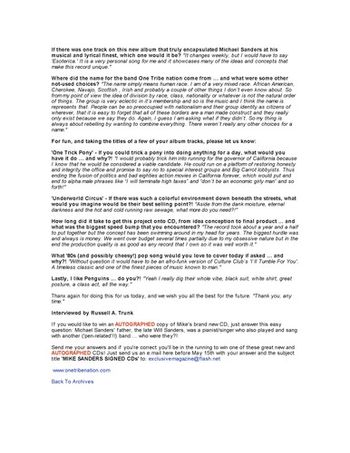 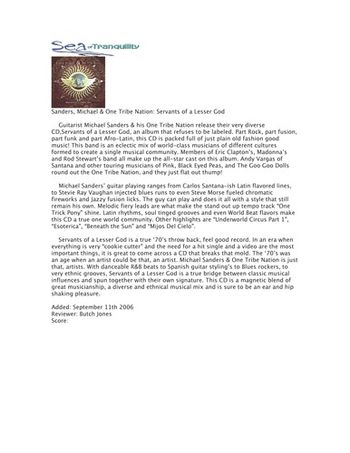 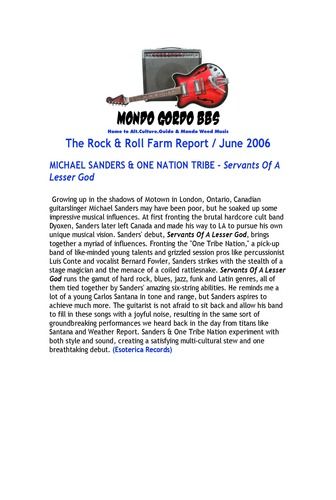 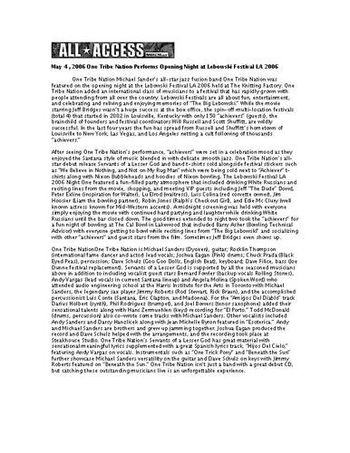 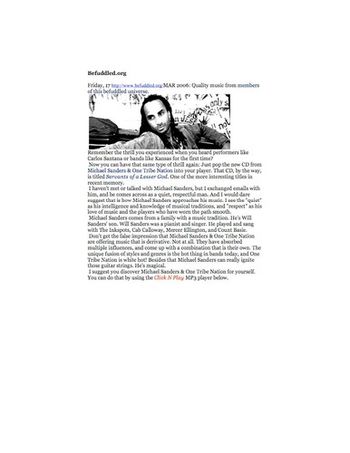